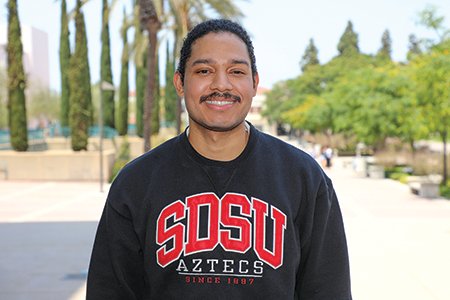 Lawson Hardrick III, who earned his bachelor’s degree at San Diego State University Imperial Valley and is pursuing his master’s degree at the San Diego campus, has earned a 2021 CSU Trustees’ Award for Outstanding Achievement to help continue his studies.

The scholarships are awarded annually to California State University students – one from each university – who demonstrate superior academic performance, personal accomplishments and community service. Hardrick’s award carries an $8,000 scholarship, supported by an endowment from the late trustee emeritus Murray L. Galinson and the Jewish Community Foundation.

Now he’s going for a master’s degree in postsecondary educational leadership at the College of Education with the goals of impacting students and “helping people find community.”

Hardrick grew up in Calexico with a Black father, a Latinx mother and identifying as queer. He felt like an outsider and was often bullied and left out of activities. But without those experiences, he said, “I probably wouldn’t have understood why inclusion is so important and why it’s so important for people to feel like they are a part of something.” 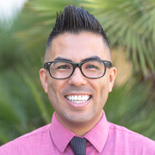